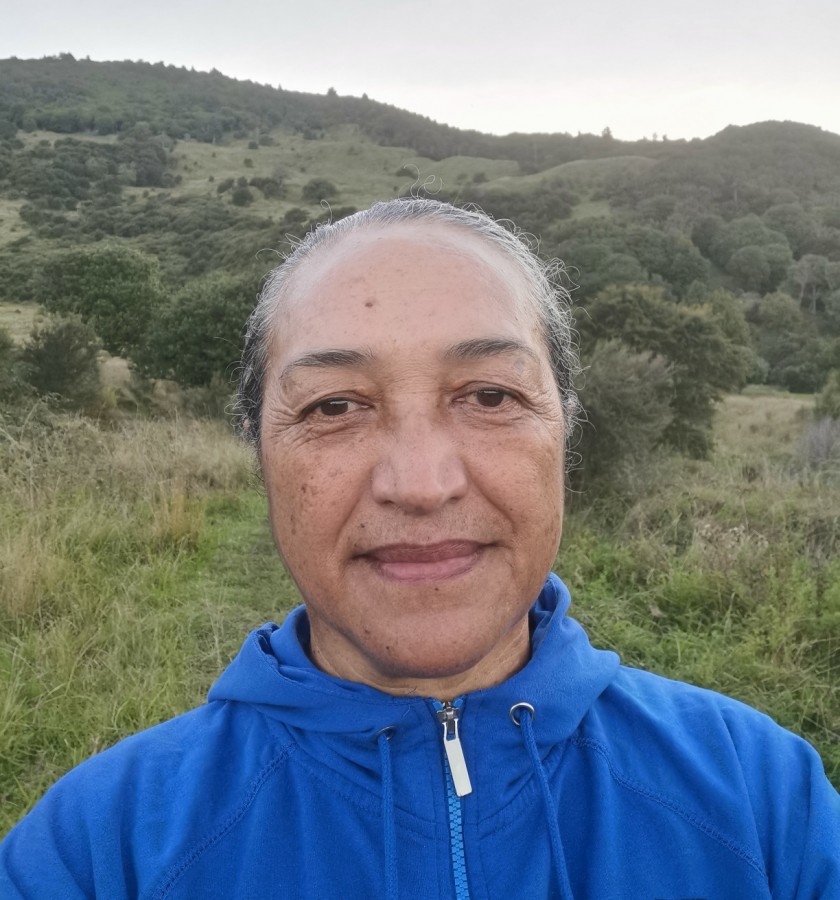 “The work being undertaken at Massey, as part of the Hill Country Futures Partnership programme, looks at the potential of native shrubs to contribute to environmental and biodiversity enhancement and also as supplementary fodder for sheep and cattle.”

Joan is one of two PhD students and two Masters students from Massey University undertaking research for the programme.

This includes assessing the potential of specific native shrubs and trees – Papauma (Griselinia littoralis), Taupata (Coprosoma repens) and Māhoe (whiteywood) - for planting in steep erosion-prone hill country. Approximately 4,000 of these have been planted at the university’s Tuapaka hill country farm.

A kaupapa Māori approach to methodology recognises the intrinsic interests of Māori and provides for the cultural and scientific aspirations of the study.

Joan, who is based in Mahia, already has Masters degrees in both Environmental Studies and Māori Studies and has knowledge in the practice of rongoā (traditional Māori medicine) and horticulture within the wider field of Māori cultural and environmental heritage.

Her role in the programme includes clarifying the mātauranga (knowledge) about the native shrub  species in the study and the associated tikanga (customs and values) of their use, particularly kaitiakitanga (guardianship of the land).

“The research looks at the potential alternatives of planting native shrubs on steep erosion-prone land. That would enable the land to continue in pastoral use, with the possibility of farmers also being able to claim carbon credits.

“However, there is a gap in the literature around this. We know of native shrubs that are palatable for feral deer and that plantations and closed canopies of tall woody trees reduce landslips in storms by 70-90 per cent, and that certain native shrubs have potential for environmental and biodiversity values. But we do not have enough robust information on the impact of native shrubs on erosion of pastoral land.

“It is very costly to plant native plants in hill country – so farmers need very robust scientific evidence to inform their decisions around planting.”

Joan’s research includes interviewing Wairoa hill country farmers about their views on the use of native shrubs on erosion-prone pastoral land, developing a case study and running wānanga for marae communities about mātauranga around the shrubs and hill country vegetation. She is also monitoring the nutritive value of mature Papauma, Taupata and Māhoe as a potential supplementary fodder.

“Massey’s research is around these native shrubs in hill country and I bring the traditional Māori aspect of that to the table.

“Hill country is also ancestral landscapes.  About seventy per cent of Māori titled land is in hill country farming but there is still little data of Māori in farming - so I am also interested in traditional Māori knowledge of these native plants.

“The lakes and rivers in the community I live in are affected by farming. I have worked with local hapū around their concerns about silt coming down the waterways from hill country farms.

“Northern Hawke’s Bay and the East Coast have the worst erosion in the country and I realised we didn’t have that scientific bridge between what communities know about the impact of hill country farming on the landscape and the decision-making behind it.”