Capturing the power of legumes focus of programme 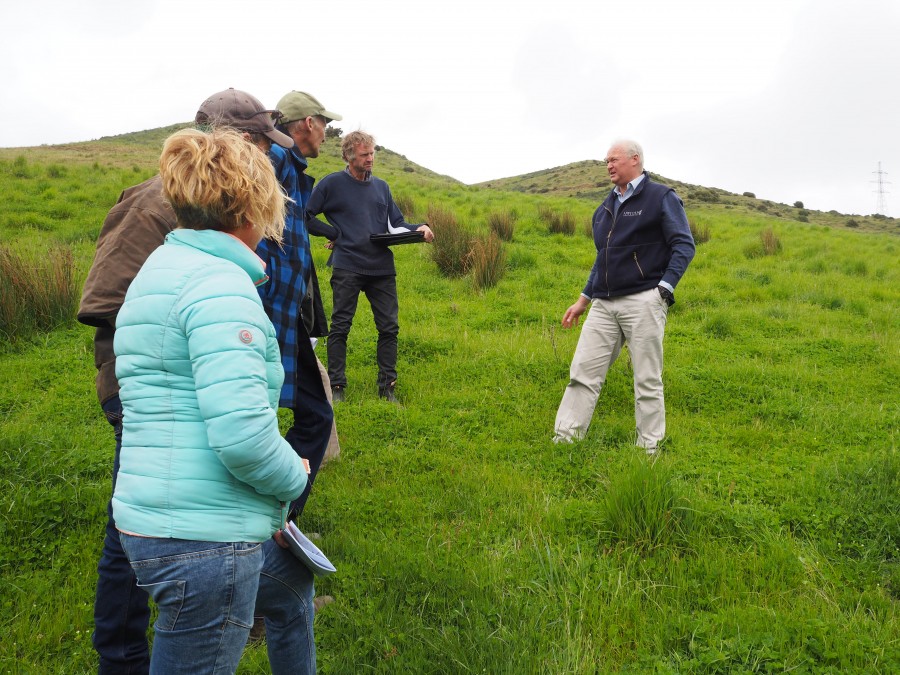 Legumes are the powerhouse of pastoral farming systems, and with the correct management, have the potential to transform farm businesses while protecting fragile hill country landscapes.

Capturing the power of legumes was the subject of a recent Hill Country Futures programme and Luisetti Seeds’ field day, which shone a spotlight how on how legumes can be used both on hill country and finishing country to drive economic and environmental efficiencies.

Within the programme, there are four research areas – all contributing towards the overall objective of future proofing New Zealand’s hill country farms and rural communities.

Mt Benger, a 2810ha hill country farm in North Canterbury’s Hurunui District hosted the field day and is typical of many east coast commercial breeding operations where the focus is on maximising the number of lambs sold prime at the weaning draft.

This not only has financial benefits, but it also reduces the amount of methane produced by the lamb crop, takes pressure off hill country landscapes and allows summer feed to be partitioned back into the ewes so they are at optimum body condition going into mating.

Mt Benger, like much of this country’s hill country, has subterranean clover as an endemic pasture species within the sward. This is a legacy of the 1950s and 60s when sub clover (usually Mt Barker) was flown onto hill country in the early days of aerial topdressing.

What was lacking was an understanding of how to manage this clover so that it would create a bank of feed in early spring to drive lactation and maximise pre-weaning growth rates.

Ten years ago, the management team on Mt Benger looked to augment existing sub clover with new varieties in a 25ha block known as Alice’s block.

Sub-divided from a larger 236ha block, Alice’s block was thick with matagouri and growing Danthonia and browntop. Small amounts of native suckling and striated clovers hinted at this block’s ability to grow legumes.

In 2011/12, the block went through a transformation process cumulating in the establishment of a cocksfoot and sub clover pasture in the autumn of 2013. The sub clovers included Antas and Monti to give a range of leaf sizes and flowering dates.

The results were and continue to be impressive.

Alice’s block is now rotationally grazed by ewes and lambs post-tailing to try and maximise pre-weaning growth rates and the weaning draft. It is typically shut up in autumn to allow pasture covers to build for spring.

The space between the drought-tolerant cocksfoot allows the clover to flourish without competition, while the clover supplies the cocksfoot with nitrogen, keeping the plant growing and palatable.

The success of sub clover on this block has highlighted the potential of legumes in the hill country and now, under a new management team, the focus is on applying the same principals to other parts of the farm.

Alice’s block on Mt Benger is a good example of the potential of “satellite farming” on hill country. These are intensively managed smaller farmlets within larger, more extensive blocks.

Appropriate areas are identified for more intensive development and once fenced off, these are typically used for maximising pre-weaning growth rates in lambs or for growing out cattle.

These satellite farms take pressure off the hill country landscapes and allow these areas to recover and build pasture covers during spring and early summer which can then be used to increase the body condition of breeding stock over summer and autumn.

By giving livestock the opportunity to realise their genetic potential, these satellite areas drive profitability and the cost of the development is then disseminated over the whole area. Professor Moot commented that this concept is an extension of successful satellite areas of lucerne and red clover being used on small cultivatable areas that then support the hill areas around them.